There’s Fungus Among Us – by Stan Key 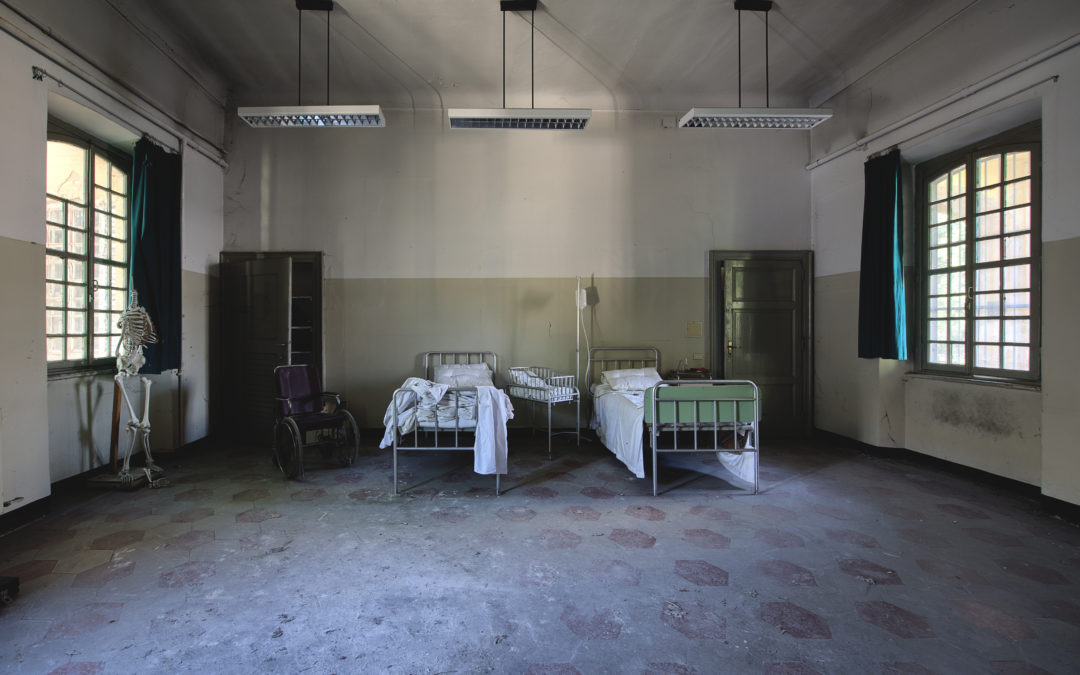 The Bible uses a number of different metaphors to describe sin: a burden, a stain, a debt, bondage, etc. Each description gives a different picture of both sin’s destructive power and its remedy. But few pictures the Bible uses are more powerful than that of leprosy. Two entire chapters in the book of Leviticus are devoted to the subject of “skin disease,” giving what is perhaps the best introduction to the doctrine of sin in the entire Bible. The passage is full of technical instructions for a priest to follow when an Israelite comes to him for counsel concerning a rash on his skin, a spot on his clothing, or a fungus growing in his house. “Is this something I should be worried about?” he wants to know. Getting the diagnosis right is of life and death importance! Leviticus 13–14 shows us at least seven ways that leprosy helps us to better understand sin.

1. Like leprosy, sin, in its early stages, is difficult to detect.

is harder than you think! This is why Moses tells the people to visit a priest if they have a skin problem, moldy clothing, or fungus growing in their house. The priest has been trained

to discern the difference between what is clean and what is unclean. Sin is like that. In its early stages, it is very difficult to detect: just a little indiscretion, some edgy entertainment, a white lie. It’s nothing. Right? Sometimes it takes the wisdom of an older saint to help us discern the truth about our spiritual condition.

2. Like leprosy, sin spreads from one part of the body to another.

The problem with leprosy is that it never stays in the same place. It starts as an itch on my scalp but then next week there is a rash on my thigh. Next month, I discover numbness in my left foot. In a similar manner, sin never stays contained. Like cancer, it keeps metastasizing. One drink soon becomes three. Betting $10 on a football game soon becomes gambling $100 at the casino. Watching R-rated movies soon turns into a regular diet of pornography. Like leprosy, sin’s destructive influence just keeps expanding from one area of life to another.

Not only does leprosy spread within the body but also it spreads to other people! That is why Moses insists that lepers be put outside the camp—not because they are hated but because they are dangerous to the community. One leper is a threat to everyone else! Unconfessed sin is like that. Left untreated, it has the potential to spread from one person to another. To keep company with people who profess to be Christian while living in willful and continual sin is similar to inviting someone with the Ebola virus to your house for dinner! Hebrews 12:15 states the danger clearly: “See to it… that no ‘root of bitterness’ springs up and causes trouble, and by it many become defiled.”

4. Like leprosy, sin is a much deeper problem than you think.

At first, that spot on your arm appears to be nothing more than a little rash. You apply some cream and think all will be well. But if the problem is leprosy, you have only treated the symptom, not the cause. In the Bible, leprosy is not just something you have. It is who you are. It defines you! You are a leper. So it is with sin. You are not a sinner because you sin. Rather, you sin because you are a sinner! Sin is not just what you do, it defines who you are. Modifying behavior only treats the symptoms. What is needed is a remedy that goes deep, to the source.

A leper may break his arm, put his hand in the fire, or get a grain of sand in his eye, and never even know it! You may think it would be wonderful not to feel any pain, right? Think again. Someone who doesn’t feel pain has no warning system to alert him when his body tries to tell him that something is wrong. The ability to feel bodily pain is a gift! In a similar manner, sin destroys our spiritual pain sensors. Engaging in sinful behaviors and attitudes has the capacity to deaden our conscience. This is not good. The pain of a guilty conscience is the very motivation we need to cause us to run to Jesus for salvation before it is too late. Like the light on your car’s dashboard, when it comes on—go see a mechanic!

6. Like leprosy, sin, in its advanced stages, is hideous and repulsive.

After years of leprosy, the body becomes a deformed mass of oozing sores and foul odors. So it is with sin. At first, sin appears innocent, fun, and attractive. But don’t be fooled. “The soul who sins shall die” (Ezekiel 18:20). It’s interesting how the advertising industry portrays the lives of those who drink alcohol: young, happy, slender, prosperous, and surrounded by lots of friends. Those who market alcohol never show us what someone looks like after decades of guzzling their product.

So far, we have seen the bad news about the leprosy of sin. Does the good news of salvation have anything to say about our sinful condition? I’m so glad you asked! The coming of Jesus changed everything.

And a leper came to Jesus, imploring him, and kneeling said to him, “If you will, you can make me clean.” Moved with pity, [Jesus] stretched out his hand and touched him and said to him, “I will; be clean.” And immediately the leprosy left him, and he was made clean. And Jesus said to him… “Go show yourself to the priest….” (Mark 1:40–45)

Few passages in the Bible are more dramatic than this. When Jesus touches the leper, he is breaking the law that he helped to write! Everyone knew what would happen next: Jesus would become impure, he would contract leprosy. Right? Not this time! For the first time in history, the law of nature was reversed. Rather than Jesus becoming unclean, the leper becomes clean. The contagion of holiness is stronger than the contagion of sin!

Your sin problem is worse than you think but the cleansing power of Jesus is greater than you ever dreamed! An old gospel song written by Adger McDavid Page says it well:

Conscious of the deep pollution,

Sinners wander in the night,

Tho’ they hear the Shepherd calling,

They still fear to face the light.

This the blessed consolation,

That can melt the heart of stone,

That sweet Balm of Gilead reaches

Deeper than the stain has gone!

Originally published in “The High Calling” newsletter of the Francis Asbury Society, July-August 2018.