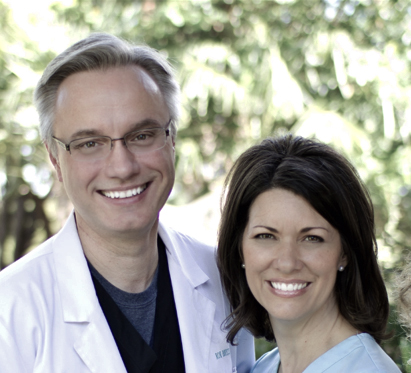 Ron Bryce, MD, is an emergency room physician in Dallas, Texas. He earned his medical degree in 1986 from Oral Roberts University School of Medicine. A former member of the ORU Alumni Association board, in 2016 ORU honored him as Alumnus of the Year. He is a member of the Christian Medical and Dental and served as CMDA’s Texas representative from 2011 to 2015.

A longtime Christian, Dr. Bryce has been a Sunday school teacher, church elder, and church musician, and during medical school played piano for a Southern gospel group. He has been a board member for GeoBound Missions as well as Abundant Life Missions, an organization started by his parents which focuses its efforts on Haiti. His community involvement has included serving as mayor of Red Oak, Texas. He was appointed by Governor Rick Perry to the Texas Medical and served from 2006 to 2012.

Learn more about the book

What first inspired you to write Fingerprint of God?

Since the time I was a young I have had faith in the Bible as the Word of God. But as I grew older I found myself questioning how, if the Bible were true, the church was in the condition it was in.

I knew the church had been around for 2000 years. It was the biblical plan for the salvation of the world. And yet I found myself becoming discouraged by the churches around me and the church people I knew. I saw the same dysfunctional things happening over and over. For instance, pastors of great churches were falling from grace due to money scandals, adulterous affairs, lying deceitfulness. I saw some promoting materialism and even describing material gain as godliness. I saw thousands of people attending church services on Sunday mornings without ever establishing meaningful relationships.

This was the situation, even though during my lifetime the church had become more prosperous than ever. And had amassed more political power than ever. Leaders across the world, even presidents of the United States, had declared their faith. We had evangelized our neighbors and sent missionaries to the far reaches of the earth. There were more churches than ever. There were more confessing Christians than ever. We had church growth programs, fiery revival meetings, music and entertainment of the highest order in our meetings. We had the most dynamic speakers and preachers possible. There were Christian television programs broadcast . The church had implemented the best practices from the business realm. And yet the church I saw around me was becoming more and more dysfunctional, irrelevant, and weak. The church was not living out its biblical role.

So I often found myself questioning my own faith in light of this incongruence. If I were an honest person I couldn’t go along with the status quo.

I gradually developed a conviction that our problems do not spring from a need for more power or money or expert opinions. And trying harder isn’t the solution either. It’s not that we lack sufficient resources and effort; it’s that we lack a basic understanding of what are.

We have not taken to heart that we are members of a living body. Instead, we run the church as if it’s a business. The pastor plays the role of a hired CEO. Evangelism devolves into marketing programs. The congregation becomes the targeted consumers. And fundraising is the force behind a lot of the decision making. There is often little development of deep relationships between members.

In the late I began exploring why the churches around me were not functioning like the body of described in the Bible. It gradually became obvious they were being operated as businesses, even though scripture did not use business terms to describe them. In the the church was described with biological concepts, as a living body.

So I began to study the differences between living bodies and businesses. I wanted to know what it means for us to really live as a living body.  I found very little on this from Christian sources. But there were secular writers who discussed the fact that organizations and businesses tend to function more effectively when they take on the attributes of a living body. though, the church which was created to be a living body from the start had either lost this concept or had never fully grasped it.

How would you describe your research and writing process? How long did it take you to complete your book?

About 15 years ago I began looking for any information I could find about the body of Christ as a living body. It disappointed me to find that not much was there. This surprised because it seems like such a foundational issue for the church.

I am not a theologian, so the book is not written from a theological perspective. I am a practicing physician, so I wove together material from three sources: the plain language of the Bible, what is currently known about medical science, and my personal experiences treating over 100,000 patients.

When I began the project it was for my own personal benefit, simply because the subject was important to me. In fact, I had no idea it was the beginning of a book.

Tell us a little more about your background as a medical doctor and how that has contributed to the concepts in your book.

I began working in emergency rooms as a pre-med student about 40 years ago. To me the practice of medicine is a “calling” – much as a pastor or minister might view their occupation. Over the years I have tried to find ways to express my faith in my practice This has led me to participate in a variety of clinical settings, including the traditional medical office, missionary medicine, inner city clinics for the underserved, and emergency medicine. I also have worked in the university setting teaching medical students and residents.

Since both the body of Christ and the human body were created by God to be alive, then the attributes of life can be found in each of them when they are healthy and functioning well.

In your book you talk about churches running more like businesses than an actual body. Can you give an example of what you mean? How do you feel this shift in thinking would change an entire organization?

When the church functions as a living body, then mentoring and discipleship take place. Evangelists don’t just make converts, they make other evangelists. Instead of preachers just producing sermons, they also produce other preachers. Ministers don’t just minister, they mentor and produce other ministers.

Tell us what you mean by believers having a consumer mentality about church and how this thinking affects both the individual and church leadership.

If my job is to run a business then it becomes vitally important for me to understand the perceived needs of my customers and become a source for what they desire. This seems practical, so the church in America bought into it over time. It is a move away from living as a body toward becoming more business-like. Whatever the perceived needs of the customer, the business-like church develops programs to meet those needs.

Now we have an entertainment mindset. Some church services I have attended were as well-produced as any rock concert or Las Vegas show. This isn’t bad in and of itself, except the thorny truths of the Bible are left out so as not to offend anyone. Because the whole point is to keep people coming to the performance.

As this progresses our worship services are presented as entertainment to spectators in the congregation. But in a living the worship time is all about relationships – communion with each other and with God. The business mindset also depends on professional clergy to do the ministering for us, rather than each individual believer being a minister.

We are now in a situation where we try to win the world by using the ways of the world. I fear the church has gradually become a business, whose product is Jesus.

In the body of Christ, the Bible functions like the genetic code of a living organism. What do you mean by this?

One of the attributes of living things is that each cell possesses written instructions to use as a reference as they develop and live. An identical copy of this genetic code is found in every cell of your body. If the church is a living body, then we can find the written instructions by which each member lives in the Bible.

God physically wrote a one-of-a-kind genetic code on your DNA in a language understandable by the cells of your body. How does knowing this help you better understand that He has a plan for your life?

It astounds me that the Author of life took the effort to write out my unique genetic code. This proves there really is a divine plan for each of our lives.

Who do you feel is the ideal audience for your book?

My book is written with all believers in mind. But it is dedicated to those currently under attack for their faith. I want it to be a source of encouragement to those who have witnessed firsthand the decimation of the organized church. There remains hope, because the body of Christ is distinct from the organized church, and cannot be destroyed.

Who are some of your favorite authors to read and ones who inspire you?

I have to say the epistles of Paul are the most inspiring.

Dr. Paul Brand and Philip Yancey wrote “In His Image” and “Fearfully and Wonderfully Made”. I thought about these books often while writing mine because they were written from a physician’s point of view.

You have discussion questions at the end of each chapter. Could your book be used as a small group study?

I hope it will provide food for thought in small groups or Sunday school classes. The questions were added in order to facilitate this. They are not meant to be an exam with right or wrong answers. They are open-ended in order to spark discussion.

I hope my book helps accomplish one thing – revival.

The Latin word means “to be alive”. When we have “” we become “alive again”. And not just alive again as individuals, but as the body of Christ. It is my hope that the body of Christ will become healthy and effective in carrying out Christ’s ministry in the world.

What is next on the horizon for a second book?

I am working on another project that uses the first book as its foundation. It takes a look at the role of the Bible in our everyday lives. It addresses the question: if we are a living body, then what is the role of scripture?

The body of Christ is not just a “good idea,” or a “good option.” It is the only option, the plan God created to fulfill His will on earth.