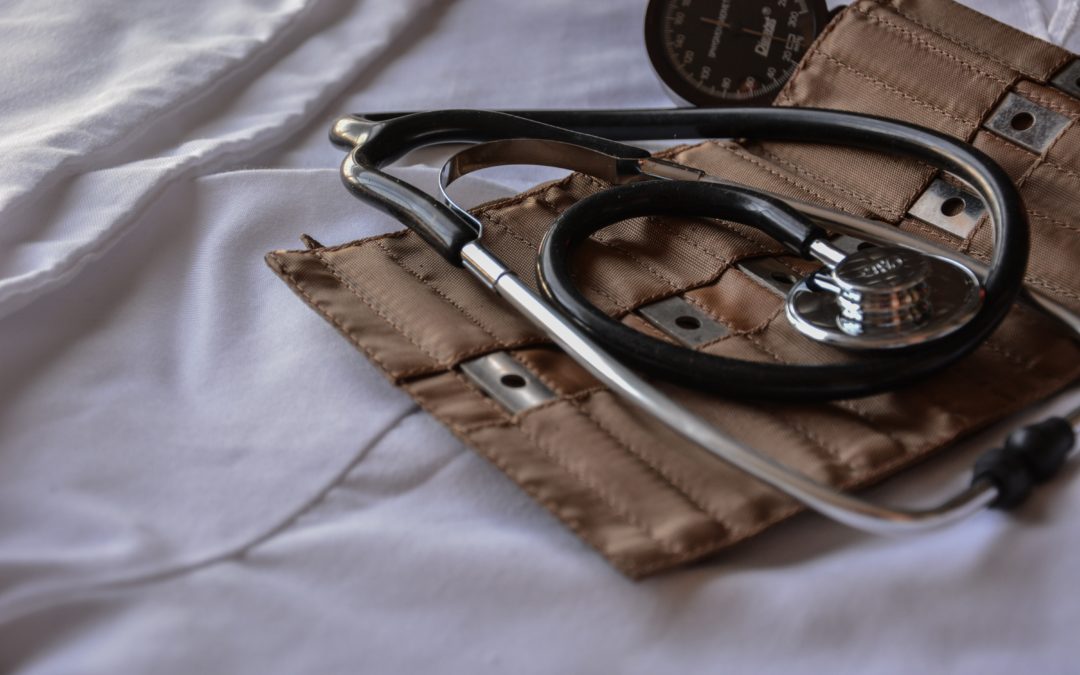 The spiritual world is all around us, yet almost never noticed. It is hiding in plain sight.

I found that out early in my medical career. I had heard numerous stories about people who have “come back from the dead.” But the events around this particular case, as the patient teetered on the precipice of eternity, sent chills down my spine.

The encounter involved a well-dressed woman in her midsixties named Mildred. She came to the emergency room (which hereafter I will refer to as the ER) after suffering from chest pains. By the time I checked her over, the staff’s initial treatment had caused her pains to subside. The electrocardiogram (EKG) that checked for problems with her heart’s electrical activity came back as normal. So did her vital signs.

As we waited for the results of her blood tests, I expected this would be one more routine chest pain evaluation. I had handled more than I could count. Many times in such cases, I found no serious causes. Still, on this particular day I kept in mind the outlook I had developed over the years: namely, that the people I treat are not human machines but unique individuals with a body, a mind, and a spirit. While treating the body and the mind is fairly straightforward, the spiritual side is less easily perceived. However, when individuals are nearing their final moments on this earth, this third dimension can take on profound significance.

Not everyone sees it that way. Numerous doctors and medical personnel are accustomed to defibrillators and other technical wizardry that make it possible to literally bring people back to life. Those who trust in technology scoff at the idea of miracles. They attribute the phenomenon of people who once lacked a pulse drawing the breath of life again to the ordinary, everyday functioning of machinery.

But those who have lain on operating tables and experienced another dimension of the universe tell a much different story. Many describe a spiritual world that is beautiful beyond description. Some relate how they returned to this earth grudgingly because what they experienced was so wonderful they didn’t want to leave. Numerous authors have written books about seeing a heaven bursting with color and awash in melodies of praise: gargantuan flowers, huge buildings, and sights and sounds no mortal can grasp with the human mind.

While some see fascinating sights and sounds, others appear tormented by the experience, like Mildred when I returned to check on her. Given my initial assurances, I expected to see my patient in a relatively calm state. Instead, agitation clouded her countenance. She glanced around the room, as if trying to find something. I gently took her hand and asked how she felt. She stared blankly toward the door to the hallway.

A minute or so later, her eyes finally flickered with recognition.

“I feel fine,” she said. Then, after a long pause, she asked, “Who are they coming for? Are they coming for you?” Her question made my heart skip a beat. Turning away, she stared at an unseen entity in the distance and exclaimed with a sigh, “No. They’re coming for me!” At that moment her eyes fluttered shut. Her heart monitor flattened into a straight line.

When the heart monitor erupted with a “baaaaaaaaaa!” I pushed the “code blue” button on the wall next to her bed. That brought a special team to the room, including respiratory therapists to give her concentrated oxygen and breathe for her, using a bag-valve-mask device. Once I placed a breathing tube into her windpipe, they turned on a ventilator and drew blood to test how well we were breathing for her.

A lab technician came to draw blood from the woman’s veins and run tests for her blood counts, chemistry panel, heart enzymes, and clotting tests. An X-ray technician stood poised for a stat chest X-ray. A pair of nurses rounded out the team. One would give her medications while the other documented what we did minute-by-minute. She recorded such details as medications, heart monitor and oxygen level readings, blood pressure, and heart rate.

Meanwhile, I oversaw these efforts, many occurring simultaneously. I had to interpret the EKGs, heart monitor readings, lab reports, and the reports on blood gases. In addition, I had to position her head and neck in such a way as to place the breathing tube inside her trachea, using a lighted scope. This can be a difficult procedure with some patients; if not done correctly, the tube can lodge in the wrong place and cause death by suffocation. Then, I had to shock her with a defibrillator when the time came. I also had to decide which drugs to administer, by which route (intravenous line or down the breathing tube), and what dose.

We had to work as quickly and efficiently as possible. I knew the longer a patient like this was without a heartbeat, the more damage there would be to her brain and vital organs. Every second she was down meant there was less chance she would survive. As I recall this frenzied activity, it sounds heroic. But it wasn’t. We worked on this patient for quite some time, but she never regained any heart rhythm or signs of life. As the emergency physician, I had to judge when to stop our efforts and pronounce her dead. That is always a subjective call, but when you have followed the ER protocols and done everything possible and there are still no signs of life, you must reach that decision.

Without a doubt, Mildred sensed something at the time of her demise—something that neither I nor the rest of the ER staff that day could see. As far as her final resting place, I don’t presume to interpret what the fright on her face indicated. Yet it is difficult to experience that kind of startling event and doubt the existence of the spirit world. This experience reinforced my conviction that we were not created for a mere physical existence. The spiritual realm is as real as sunlight, a windstorm, or rain. It is as tangible as the chair in which you sit to work or relax to watch television. But it cannot be seen with the naked eye. This is one reason it is so challenging to discern the reality of the body of Christ. It exists in this spiritual dimension.